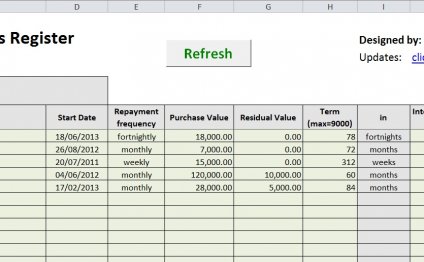 Under US accounting standards, a finance (capital) lease is a lease which meets at least one of the following criteria:

Following the GAAP accounting point of view, such a lease is classified as essentially equivalent to a purchase by the lessee and is capitalized on the lessee's balance sheet. See Statement of Financial Accounting Standards No. 13 (FAS 13) for more details of classification and accounting.

The term sometimes means a special case of lease defined by Article 2A of the Uniform Commercial Code (specifically, Sec. 2A-103(1) (g)). Such a finance lease recognizes that some lessors are financial institutions or other business organizations that lease the goods in question purely as a financial accommodation and do not want to have the warranty and other entanglements that are usually associated with leases by companies that are manufacturers or merchants of such goods. Under a UCC 2A finance lease, the lessee pays the payments to the lessor (and indeed must do so, regardless of any defect in the leased goods – this obligation usually being contained in a "hell or high water" clause), but any claims related to defects in the leased goods may be brought only against the actual supplier of the goods. UCC 2A finance leases are usually easy to identify because they commonly contain a clause specifically declaring that the lease is to be considered a finance lease under UCC 2A.

In the over 100 countries that govern accounting using International Financial Reporting Standards, the controlling standard is IAS 17, "Leases". While similar in many respects to FAS 13 in the U.S., IAS 17 avoids the "bright line" tests (specifying an exact percentage as a limit) on the lease term and present value of the rents. Instead, IAS 17 has the following five tests. If any of these tests are met, the lease is considered a finance lease:

IAS 17 is currently undergoing a revision, as a joint project with the U.S. lease accounting standard. Current plans are for the revision to be finalized in late 2014, with implementation expected in 2017. For more details, see Accounting for leases in the United States. ownership of the asset is transferred to the lessee at the end of the lease term;

In Australia the accounting standard pertaining to lease is AASB 117 'Leases'. AASB 117 was released in July 2004. AASB 117 'Leases' applies to accounting for leases other than: (a) leases to explore for or use minerals, oil, natural gas and similar non-regenerative resources; and (b) licensing agreements for such items as motion picture films, video recordings, plays, manuscripts, patents and copyrights.

According to AASB 117, paragraph 4, a lease is: an agreement whereby the lessor conveys to the lessee in return for a payment or series of payments the right to use an asset for an agreed period of time.

A lease is classified as a finance lease if it "transfers substantially all the risks and rewards incidental to ownership of an asset." (AASB 117, p8) There are no strict guidelines as to what constitutes a finance lease, however guidelines are provided within the standard.

The key IFRS criterion is:

If "substantially all the risks and rewards" of ownership are transferred to the lessee then it is a finance lease. If it is not a finance lease then it is an operating lease. The transfer of risk to the lessee may be shown by lease terms such as an option for the lessee to buy the asset at a low price (typically the residual value) at the end of the lease. The nature of the asset (whether it is likely to be used by anyone other than the lessee), the length of the lease term (whether it covers most of the useful life of the asset), and the present value of lease payments (whether they cover the cost of the asset) may also be factors.

IFRS does not provide a rigid set of rules for classifying leases and there will always be borderline cases. It is also still sometimes possible to use leases to make balance sheets look better, provided that the lessee can justify treating them as operating leases.

The classification of large transactions, such as sale and leasebacks of property, may have a significant effect on the accounts and on measures of financial stability such as gearing. However, it is worth remembering that an improvement in financial gearing may be offset by a worsening of operational gearing and vice versa.

Accounting for financial leasing in line with IAS 17 ...

Welcome to the Fourth Edition of Financial Accounting and, to adopters of the earlier editions, thank you for the great success…