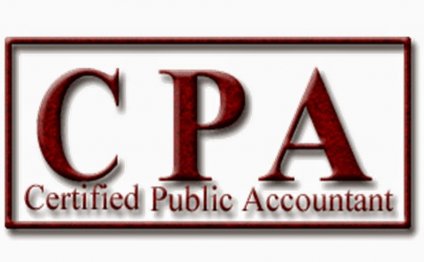 Ireland fully supports the global move towards Automatic Exchange of Information (AEOI) for tax purposes and is actively involved in progressing AEOI within the EU, the OECD, and on a bilateral basis. Revenue has published a "Revenue Guide to Automatic Exchange of Information (AEOI) for Financial Account Holders" to address account holder questions on AEOI.

The legislation to implement the Agreement - Section 891E, TCA 1997 - was inserted by Section 32, Finance Act 2013 and the Regulations (Statutory Instrument 292 of 2014) came into force from 1 July 2014. The Regulations require Financial Institutions to have conducted the required due diligence and account information gathering from that date. To assist financial institutions in their FATCA implementation, Revenue have also published guidance notes, FAQ’s and technical information on the reporting process and these documents are available below.

The first returns of financial account information were exchanged with the US tax authorities during 2015.

The "Standard for Automatic Exchange of Financial Account Information", also known as the Common Reporting Standard (CRS) is a new, single global standard on Automatic Exchange of Information (AEOI). It was approved by the OECD in February 2014 and draws on earlier work of the OECD and the EU, global anti-money laundering standards and the Model FATCA Intergovernmental Agreement. The CRS sets out the financial information to be exchanged, specifies the financial institutions required to report, along with common due diligence standards to be followed by financial institutions.

Under the CRS, participating jurisdictions will be required to exchange certain information held by financial institutions regarding their non resident customers. Over 90 jurisdictions have committed to exchanging information under the CRS and a group including Ireland, have committed to the early adoption of the CRS (known as the ‘Early Adopter Group’) with the first data exchanges taking place in September 2017. Ireland’s published list of (PDF, 132KB) for CRS/DAC2.

Legislation to implement the CRS in Ireland was introduced in Finance Act 2014 by inserting Section 891F of the Taxes Consolidation Act 1997, and Regulations (Statutory Instrument 583 of 2015) came into effect on 31 December 2015.

The EU Directive on Administrative Cooperation in the Field of Taxation (the "DAC") provides that EU Member States shall, in respect of taxable periods commencing on or after 1 January 2014, engage in the automatic exchange of available information concerning residents of other Member States in respect of 5 categories of income and capital:

The DAC was transposed into Irish legislation in December 2013 (Statutory Instrument no. 549 of 2012). A revised Directive on Administrative Co-operation (DAC2) came into force in December 2014 and extends Council Directive 2011/16/EU from Revenue held information to financial account information. It essentially imports the CRS into EU legislation and legislation to implement the Directive in Ireland was introduced in Finance Act 2015 by inserting Section 891G of the Taxes Consolidation Act 1997. Regulations were enacted in 2015 and are available below. Ireland’s published list of participating jurisdictions for CRS/DAC2 purposes is available here:

The EUSD was adopted in June 2002 in order to ensure the proper operation of the internal market and to tackle the problem of tax evasion. It has been in force since 1 July 2005. Under the EUSD, paying agents are required to report interest and certain income in the nature of interest, paid to individuals resident in an EU Member State other than the one in which the income is paid. The EUSD requires Member States to automatically exchange information with each other on such interest income.

Accounts are records of financial transactions. Information that is used in accounts is initially entered into books of prime…