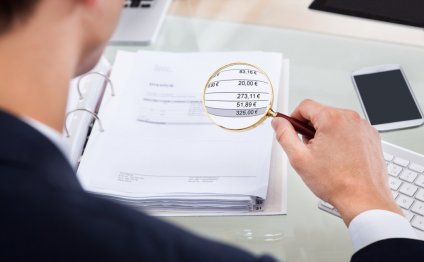 CAC entities will need to begin reviewing their own governance to ensure they are ready for the 1 July 2014 commencement of the PGPA Act obligations.

A new regime establishing a uniform set of duties for Commonwealth entities, including CAC authorities, will be in force from 1 July 2014.

For CAC Act authorities and their accountability authorities, this will mean new general duties and a need to review their own governance. CAC Act companies directors will continue to be bound by the directors' duties referenced in the Corporations Act 2001 (Cth) as well as other reporting duties in the PGPA.

A range of general duties apply directly to all officials of a Commonwealth entity. This encompasses all individuals who are or who form part of the Commonwealth entity, including members of the accountable authority, officers and employees (but generally not consultants, independent contractors, or the Minister). The Act contemplates a carve-out of classes of individuals by rules, but these have not yet been made.

Until the rules are made, therefore, this is a wide class of persons, including people who are directors and senior officers of the entity, or even a mere employee of the present CAC Act entity.

Underpinning the PGPA Act is a policy that the resources held and managed by various types of Commonwealth entities are inherently public in nature and should be managed to the same standards of accountability, reporting and control.

Under the PGPA Act, the "accountable authority" for a body corporate established by a Commonwealth law, is the governing body of the entity, unless otherwise prescribed by the rules. In essence the governing body is the board of directors of the entity. In the case of a Department of State or a Parliamentary Department, the accountable authority is the Secretary of the Department. Thus the overarching duties that apply to the leadership of a department and previous CAC Act agency have been aligned.

Accountable authorities continue to have similar obligations under the PGPA Act to those imposed on directors under the CAC Act in respect of planning and budgeting; reporting; accounts and records; financial records and auditing; banking and investment; and the establishment of an audit committee. However there is also new focus on performance. Consequently, accountable authorities will have a new duty to measure, assess and report on the Commonwealth entity's performance against achieving its purposes. This will add another dimension to the accountable authorities' existing focus and obligations.

The accountable authority takes on additional general duties which relate to its role in managing the entity and setting its strategic focus, including:

A duty to govern the entity in a way that promotes:

A duty to establish and maintain systems relating to risk and control (including by implementing measures directed at ensuring officials of the entity comply with the finance law).

A duty to encourage co-operation with others to achieve common objectives, where practicable; and

How can a CAC entity's accountable authority fulfil the PGPA Act duties?

You and Public Finance Management

Masters in Accounting and Financial Management