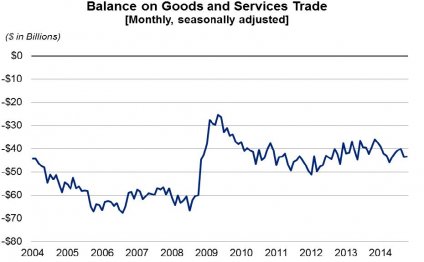 This category covers establishments primarily engaged in furnishing accounting, bookkeeping, and related auditing services. It includes those businesses that use data processing and tabulating in connection with these services, but those whose primary aim is to provide such data processing and tabulating are classified in SIC 7374: Computer Processing and Data Preparation and Processing Services. Establishments providing tax preparation services without also providing accounting, auditing, or bookkeeping services are covered in SIC 7291: Tax Return Preparation Services.

Accounting, auditing, and bookkeeping services serve key functions in America's (and the world's) economic engine. In such publications as The Bottom Line, the global significance of the accounting profession has long been confirmed: "The world's capital markets rely on financial statements certified by independent auditors. If the integrity of those statements could not be trusted, investment would come to a halt and economic growth would be paralyzed." The close relationship between the accounting industry and the economy as a whole became increasingly apparent in the early 2000s as a wave of corporate scandals not only rocked the U.S. accounting industry but also undermined an already weakened economy. The Enron bankruptcy, that resulted in the demise of Big Five accounting firm Arthur Andersen in 2002 was followed by admissions of fraudulent accounting by WorldCom Inc., the criminal indictment of Tyco International Ltd.'s CEO and CFO, and various other accounting impropriety charges levied against firms like Kmart Corp., Adelphia Communications Corp., and Merrill Lynch & Co. As scandals mounted, investor confidence waned, pushing the already beleaguered stock market down further.

In response to the growing number of high profile corporate fraud cases, the Bush administration passed the Sarbanes-Oxley Act in 2002 as part of an effort to crack down on fraudulent accounting practices and to bolster investor confidence. The United States Congress also stripped the American Institute of Certified Public Accountants of its regulatory duties, granting auditing oversight responsibilities to a new federal board.

Different fields in the accounting profession represent different degrees of affiliation with the world of commerce. Public accountants run their own businesses or are employed by accounting firms to meet the particular accounting needs of their clients. Accountants employed by companies to record and summarize financial data are known variously as management, industrial, corporate, or private accountants. Internal auditors are employed by companies to check records for signs of inefficiency, mismanagement, or fraud. Accountants and auditors employed in government not only produce and check the financial records pertaining to the institution for which they work, they also audit persons or businesses regulated and taxed by government. Each of these broadly defined fields is further subdivided by choices of specialization, yielding a wide variety of niches for accountants to fill.

Associations. Numerous organizations within the accounting profession cater to the specialized needs of different groups of accountants, ranging from the Association of Black CPA Firms to the American Women's Society of Certified Public Accountants to the National Association of Accountants. By far the largest and most important of the organizations within the profession, however, has been the American Institute of Certified Public Accountants (AICPA), which not only represented more than 330, 000 CPAs at the beginning of 2000, but also served as the voice of the profession as a whole through its activities, recognized by the Securities and Exchange Commission (SEC) as a self-regulating body and setter of standards until 2002, when the federal government took over those responsibilities. The AICPA's three special member divisions neither monitor competency nor provide accreditation, but serve as outlets for volunteer members with particular interests; they are the Federal Tax Division (dating from 1983), and two divisions created in 1986—Personal Financial Planning, and Management Advisory Services.

The “new economy” really means new ways of doing business that involve digital and borderless transactions. That is, a business…

Journal of Modern Accounting and Auditing