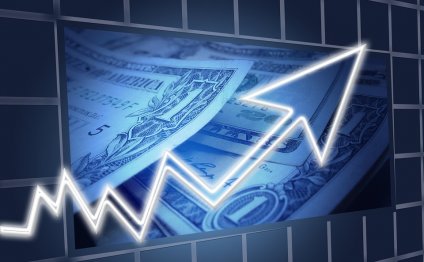 What is the purpose of Financial Accounting?

The impetus for the Financial Accounting Standards Board dates back to the economic boom of the 1920s, the stock market crash of 1929, and the Great Depression that followed. By the mid-1930s, both the financial community and the federal government had responded to the obvious need for uniform accounting standards, particularly for the of publicly traded corporations. The New York Stock Exchange and what is now the American Institute of Certified Public Accountants (AICPA) ventured preliminary guidelines in the jointly published Audits of Corporate Accounts of 1934. The congressional Securities Act of 1933 and the Securities Exchange Act of 1934 threatened to supersede such efforts by establishing the U.S. Securities and Exchange Commission (SEC), which was authorized, among other functions, to prescribe standards for the preparation of financial reports. In 1938, however, the SEC voted to forgo this prerogative and allow the private sector to regulate its accounting practice—a policy that the commission has maintained to date.

The AICPA's Committee on Accounting Procedure (CAP) assumed the financial accounting standard-setting role in 1939. The AICPA shifted this responsibility to its Accounting Principles Board (APB), equipped with its own research staff, in 1959. Even so, the APB's main contribution— Basic Concepts and Accounting Principles Underlying Financial Statements of Business Enterprises, published in 1970—was criticized as achieving too little, too late. In 1971, a special committee of the AICPA suggested that the association turn over the standard-setting role to an autonomous body. In 1973, therefore, the Financial Accounting Standards Board within the Financial Accounting Foundation was established. Soon thereafter, the SEC ratified the FASB's role in promulgating financial accounting and reporting "principles, standards, and practices."

The Financial Accounting Foundation's 16-member board of trustees appoints the chair and members of the Financial Accounting Standards Board. For the sake of efficiency, the FASB is restricted to seven members. These board members are drawn from the professional community of certified public accountants; financial analysts, executives, and educators; investment bankers; and government bureaucrats. To ensure objectivity, members are employed exclusively by the FAF at professional salaries, and are subject to strict conflict-of-interest standards (including the termination of all prior business affiliations). Board members serve staggered five-year terms, and may be reappointed for a consecutive term.

The Financial Accounting Standards Board is responsible for establishing, updating, clarifying, and publishing both the broad principles and the specific practices that constitute acceptable private-sector financial accounting. Individual businesses, accounting and industry associations, and government agencies, among other sources, request findings from the FASB on issues ranging from the consolidation of subsidiaries to post-employment benefits. The FASB operates through a process of research projects, discussion memoranda, public hearings, comment letters, and proposal drafts. The FASB's ultimate findings on agenda items are published as Statements of Financial Accounting Standards, which businesses are required to adhere to. As of 1999, there were on record 134 such statements, some of which had been subsequently amended or superseded.

Most of the FASB's opinions represent conservative accounting principles. This means the standards tend to peg revenues, earnings, and assets at a lower value compared to the alternative practices they are designed to eliminate; and conversely, costs and liabilities tend to be reported at a higher value. Indeed, in implementing FASB standards, companies collectively have "lost" literally hundreds of billions of dollars of profit in accounting terms, all because transactions and assets affecting their income statements were reclassified. The board likewise tends to frown on ambiguous accounting practices, such as not including one-time gains or losses in the income statement or recording acquisition financing entirely as a stock swap (although neither practice is forbidden). In the interests of full and accurate disclosure, the FASB standards would have businesses overstate their weaknesses and understate their strengths, rather than the reverse.

Not surprisingly, the FASB's approach often elicits criticism from executives, particularly those without an accounting background, who want to see their bottom lines growing instead of shrinking. (Some disputes are also, of course, true differences of opinion based on accounting principles.) Certain standards have provoked such controversy that members of Congress have tried to intervene on the side of business and legislatively subvert the FASB's independence. However, most chief financial officers and other executives report wanting an independent, private standards organization over direct government control, even if they disagree with specific standards.

Financial Aid : What Is the Purpose of the FAFSA Application?