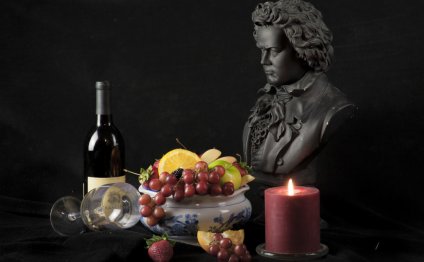 In this book we consider various theories of financial accounting. Perhaps, therefore, we shouldstart by considering what we mean by a ‘theory’. There are various perspectives of whatconstitutes a theory. The Oxford English Dictionary provides various definitions, including:

A scheme or system of ideas or statements held as an explanation or account of a group offacts or phenomena.

The Macquarie Dictionary provides the following definition of a theory:

A coherent group of general propositions used as principles of explanation for a class ofphenomena.

The accounting researcher Hendriksen (1970, p. 1) defines a theory as:

A coherent set of hypothetical, conceptual and pragmatic principles forming the generalframework of reference for a field of inquiry.

theory of accounting), which is defined as ‘a coherent system of interrelatedobjectives and fundamentals that can lead to consistent standards’ (FASB, 1976). The use of the word ‘coherent’ in three of the above four definitions of theory is interesting and reflects a view that the components of a theory (perhaps including assumptions about human behaviour) shouldlogically combine together to provide explanation or guidance in respect of certain phenomena.The definitions are consistent with a perspective that theories are not

in nature and shouldbe based on logical (systematic and coherent) reasoning. As we will see, some accounting theoriesare developed on the basis of past observations (empirically based) of which some are furtherdeveloped to make predictions about likely occurrences (and sometimes also to provideexplanations of why the events occur). That is, particular theories may be generated andsubsequently supported by undertaking numerous observations of the actual phenomena inquestion. Such empirically based theories are said to be based on inductive reasoning and areoften labelled ‘scientific’, as, like many theories in the ‘sciences’, they are based on observation.Alternatively, other accounting theories which we also consider do not seek to provideexplanations or predictions of particular phenomena, but rather,

be done(as opposed to describing or predicting what

done) in particular circumstances. Llewelyn(2003) points out that the term ‘theory’ in accounting not only applies to ‘grand theories’ whichseek to tell us about broad generalisable issues (like the theory of gravity in physics), but alsoapplies to any framework which helps us make sense of aspects of the (social) world in which welive, and which helps provide a structure to understand our (social) experiences. We stress thatdifferent theories of accounting often have different objectives. Llewelyn provides someinteresting views about what constitutes theory. She states (2003, p. 665) that:

Theories impose cohesion and stability (Czarniawska, 1997, p. 71). So that whenever ‘life’is ambiguous (which is most of the time!) people will work at confronting this ambiguity

Accounting is a system used in maintaining financial records for all types of businesses, organizations and institutions…