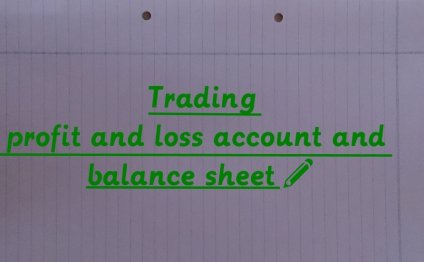 The balance sheet, also called the statement of financial position, is the third general purpose financial statement prepared during the accounting cycle. It reports a company's assets, liabilities, and equity at a single moment in time. You can think of it like a snapshot of what the business looked like on that day in time.

In this way, the balance sheet shows how the resources controlled by the business (assets) are financed by debt (liabilities) or shareholder investments (equity). Investors and creditors generally look at the statement of financial position for insight as to how efficiently a company can use its resources and how effectively it can finance them.

The report form, on the other hand, only has one column. This form is more of a traditional report that is issued by companies. Assets are always present first followed by liabilities and equity.

Liabilities are also separated into current and long-term categories.

Let's look at each of the balance sheet accounts and how they are reported.

Similar to the accounting equation, assets are always listed first. The asset section is organized from current to non-current and broken down into two or three subcategories. This structure helps investors and creditors see what assets the company is investing in, being sold, and remain unchanged. It also helps with financial ratio analysis. Ratios like the current ratio are used to identify how leveraged a company is based on its current resources and current obligations.

The first subcategory lists the current assets in order of their liquidity. Heres a list of the most common accounts in the current section:

The second subcategory lists the long-term assets. This section is slightly different than the current section because many long-term assets are depreciated over time. Thus, the assets are typically listed with a total accumulated depreciation amount subtracted from them. Heres a list of the most common long-term accounts in this section:

Many times there will be a third subcategory for investments, intangible assets, and or property that doesnt fit into the first two. Here are some examples of these balance sheet items:

According to the historical cost principle, all assets, with the exception of some intangible assets, are reported on the balance sheet at their purchase price. In other words, they are listed on the report for the same amount of money the company paid for them. This typically creates a discrepancy between what is listed on the report and the true fair market value of the resources. For instance, a building that was purchased in 1975 for $20, 000 could be worth $1, 000, 000 today, but it will only be listed for $20, 000. This is consistent with the balance sheet definition that states the report should record actual events rather than speculative numbers.

Liabilities are also reported in multiple subcategories. There are typically two or three different liability subcategories in the liabilities section: current, long-term, and owner debt.

The current liabilities section is always reported first and includes debt and other obligations that will become due in the current period. This usually includes trade debt and short-term loans, but it can also include the portion of long-term loans that are due in the current period. The current debts are always listed by due dates starting with accounts payable. Heres a list of the most common current liabilities in order of how they appear:

Finance & Accounting Facts : How to Format an Income Statement

As a financial accountant, you may choose to work in public accounting (doing jobs for multiple business clients) or private…